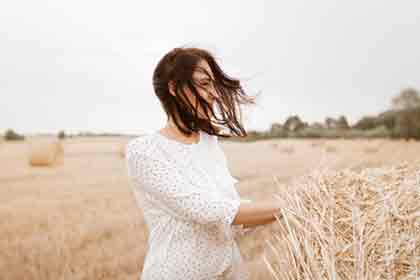 Understand how to date a younger Russian woman to find love. Photo by Dominika Roseclay from Pexels

There are a lot of good reasons that many men find themselves downloading those free dating apps and then swiping from left to right (or whatever is the user interface of said app). Some men are doing so because they want to have a little bit of fun with someone. Others do it just because they want to see what all the fuss is about since there are a lot of people who are on dating apps nowadays.

Then there are those people who are on those apps because they are legitimately interested in falling in love. They are looking to find a relationship that will last a lifetime—if not a good amount of years and maybe even a relationship that results in things like marriage and raising a family.

Because couples are in different parts of their respective journey, they may not be compatible. Sometimes, an older man may have a hard time dating a woman who is significantly younger than they are because of generational differences.

But there are more than a few ways that men can prepare themselves in order to properly date Russian girls who are a fair bit younger than they are, a few ways for them to be ready to court women who are of a different generation.

One of the most important steps for a man to find a woman who is younger than him (or a woman in general) is to put himself in a position to find and be found. Some men do it by literally going out there and putting themselves in bars and other places of socialization. Other men find the best dating apps for relationships and then go on from there.

But it is important to be in a position in which you can meet women. Because it is not like your soulmate is just going to teleport into your house, ready to marry and build a life with you like you’ve been together for years.

You’re going to have to meet the woman that you may be meant to be with and woo and court her.

The thing about couples is that they are generally within the same age group. If there is an age gap, it is generally small enough that no one can be mistaken for an older relation, like a parent or even a grandparent.

The reason that many couples tend to be within the same general age group is because people generally date their peers. They date people who are in the same year as them in school or they date their coworkers, most of whom are probably in the same stage in their career as them.

Now, because of how people generally date their peers, they are generally the same age. Which means that most onlookers are not going to mistake their partners for a parent.

But being mistaken for a parent or a grandparent at a glance is something for which an older man dating a younger Russian woman must be prepared for.

The reason that you have to be ready for it is because society can be pretty judgmental and their minds can jump to a conclusion before they have all the facts.

There are more than a few stages in life. One of those stages for some people is to be successful and settled in a career and having all the financial benefits that come with being financially stable.

But becoming successful and settled in a career takes time and younger Russian women may not have had the time needed to become financially stable yet. Because they have not had the time to advance professionally, they may be on budgets that might be a little on the tight side.

Which means that you may have to reach for your wallet more often than not when you are dating a woman who is more than a few years younger than you are.

The thing about young people is that they can recover from strenuous activities much more easily than older people can and they generally have a lot more energy than older people. Which can mean that an older man dating a younger woman may have a hard time keeping up with his younger paramour in terms of physical activities.

Physical deterioration is part of the aging process and while it can’t be completely reversed, there are ways in which it can be slowed down and mitigated. In some cases, it may even feel like the aging process is being reversed.

Exercising regularly, eating a healthy, balanced diet, and taking vitamin supplements (as per the recommendation of a professional) can be very helpful in helping an older person have the energy they need to keep up with a younger paramour.

It is important to observe proper hygiene when dating younger women and also dating in general. It is also very beneficial to you if you groom properly when you are dating a woman who is younger than you or just dating. So shave or trim or do what you need to do in order to get your hair in check.

Dating Russian women who are younger is not always easy. But there are more than a few ways to make the whole experience a little easier.