How Russian Women Indicate Their Interest in Men 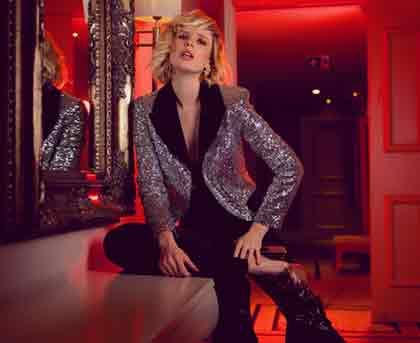 Be aware of when Russian women show their interest in you. | Photo by murat esibatir on Pexels

There are a lot of men all throughout the world who pursue Russian women for romantic purposes, and there’s a lot of good reasons for it. Such women, whether fairly or not, have a stereotype of being both beautiful and sensual. Both of those things are appealing enough on their own, but they’re irresistible once they’re put together.

Whether or not the stereotype is true, the fact remains that it is there, and that it is pervasive. It’s so pervasive that it not only applies to women in Russia, but also to women from Eastern Europe in general, especially if they’re from a nation that was part of the Soviet Union. So there are a lot of men who find themselves desiring a woman of Slavic descent.

To that end, many men try all kinds of ways of pursuing such women. They go online and try to find Russian girls themselves. Some men sign up for a service so that they can meet such women, and maybe also learn some fun facts about Russian culture.

Sometimes, these men who pursue these women succeed, at least they succeed enough that they manage to meet such women in person. Once they meet such women, they begin to display indicators of interest.

Some guys will hold doors open, pull up chairs, and pick up the tab when the check comes. Others try to be more romantic than they normally would be by paying compliments. Many use a combination of different methods in order to convey their romantic interest to the woman that they are with.

But what about women? A man can give off all the signs that he’s interested, but the relationship will not be established if that interest is not mutual. Sometimes it is mutual, but the man just isn’t able to pick up on the signals the woman is giving out.

Luckily for you, there are more than a few subtle hints that basically anyone can pick up on so long as they know what to look out for.

If you find yourself on a date, check to see how her body is angled. If it’s angled towards yours, then it’s a very good sign that she’s at least paying attention to you, which is a pretty good and encouraging omen as far as omens go.

There is no way to predict the future. Sure, an intelligent entity, whether artificial or not, can look at factors and calculate the most likely outcomes, but there is no guarantee that those outcomes will come to pass.

So the future is murky at best. An educated guess can be made, but at the end of the day, that’s just that - a guess.

When it comes to romance, no one can really know what is going to happen. But there is a good way to make an educated guess, and that is to simply ask. To clarify, this does not mean to ask her about the future. That is something that can be saved for later. Asking means making plans for something more immediate.

While on a date, ask her out on another date, see if she wants to go out again. If she says yes, then it’s a good sign because it means that she wants to spend more time with you in a romantic context.

After a few dates, ask her to go out with you a little further into the future, maybe make a plan for a month or two. Things can change, but if she agrees at that moment, then it’s because she sees herself still being with you in a month or two.

There are certain Russian culture norms that a man trying to date a woman from the country should know about. One of those norms is that of Russian family culture. People in Russia tend to be very close to their families, which is an important thing to them.

You may have to get with her friends. The thing about people is that they are social, and part of the social nature can mean having friends. Now, most people like it when their lovers and their friends get along, because it makes for a smoother life in general.

The thing about Russian culture is that it’s pretty important to its people. So it will likely be important to a woman that you’re trying to date, and if that woman is sharing her culture with you, then maybe it’s because she likes you enough to share it with you.

Trying to find love among Russian women can be easy, but knowing when you’ve succeeded can be hard. Deciphering the signs is hard enough, it’s even harder when there’s a language barrier in the way. But knowing what signals to watch out for can be very helpful.