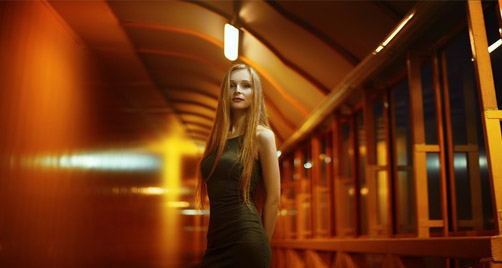 Learn the proper way of approaching Russian women in Moscow to increase your odds of landing a date with one.

The beauty of Russian women is known throughout the entire world, and there’s no better place to meet these women than in the Russia’s capital, Moscow. Moscow is one of the cities in the world with a higher women-to-men ratio, so finding a single woman in Moscow is not a very difficult thing to do.

In museums, coffee shops, malls, and bars, you will find a considerable amount of single women whom you can approach and talk to. But then again, finding these women is not the topic of discussion, it’s approaching them.

You don’t have to worry too much though, because Moscow women are approachable and cultured, so going up to them isn’t a daunting task. What you really have to keep in mind is to keep that interaction long enough to merit interest. Here are a couple of things you should consider to make an impression when approaching women in Moscow:

It’ll also help to be a proper gentleman. When there’s a task that requires a display of strength, step up to the task, change her tires, check her car engine, and so on and so forth.

Even though single women in Moscow absolutely adore masculinity, they appreciate it when sometimes you show your sensitive side too. They especially love it when you give them flowers, as flowers are something that doesn’t normally grow in their cold environment.

When this happens, just show a subtle sign that you are with that woman. Not too much, as this will make her think you’re already acting as you own her. Just make it enough so that she’ll think you care enough about her that you don’t want anyone getting in the way of you being with her.

When approaching the single women of Moscow, it is imperative that you do so with style, class, and a certain kind of bravado. If you want to meet a Moscow woman as soon as possible, you can sign up with us and you can come along in one of our singles tours.

When you finally meet a Moscow woman, remember all the points you’ve just read, and you should be able to impress her enough to skyrocket the possibility of a relationship. Good luck!