Travel Tips | Places You Should Not Miss While In Moscow 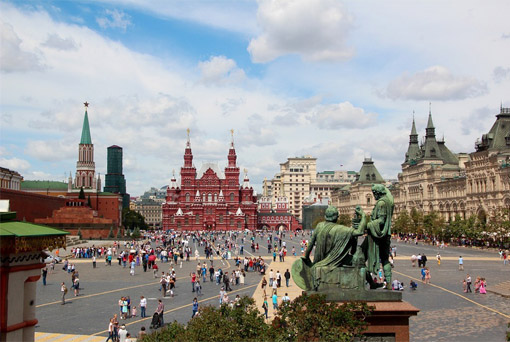 You should definitely travel to Moscow at least once in your life. Read on to know the place and activities you should not be missing.

Russia’s capital Moscow is the country’s biggest and most populous city. In fact, it is one of the biggest cities in the world, and the biggest in Eastern Europe. Moscow city is also a major political, cultural, economic, and scientific center in Russia. Considering all that, it is no surprise why a lot of people visit this herculean city, with the endless possibilities that linger in it.

Moscow is a city of elegance and majesty. Everything here screams of royalty and grandeur. The city’s picturesque aesthetics can be attributed to a seamless blend of modern and classical architectural design. From it’s towering modern skyscrapers to the museums and churches that are a physical embodiment of the rich and colorful Russian culture, Moscow is a paradise for architecture fanatics.

With so many beautiful places to see and discover, it’s not really hard to get overwhelmed when visiting Moscow. So here are some useful travel tips on which places in the city you shouldn’t miss:

Originally planned to be a showcase center for the significant achievements of the Soviet Union, it has become so much more so after having gone through multiple renovations. Today, this wide piece of scenic spot houses shopping centers, breathtaking fountains, monuments, parks, pavilions, and even the biggest skating rink in all of Europe.

You certainly need to put this area in your itinerary when visiting Moscow, as a lot of the city’s soul and culture can be seen here.

This place is certainly a must-visit if you want to purchase mementos from Moscow. The Izmaylovo District has the biggest flea market in the city. You’ll find yourself surrounded by approachable vendors and wonderfully crafted items and souvenirs everywhere you turn your head.

Most of Russia follows the Orthodox Christian faith, which explains why the tallest Orthodox church in the world - the Cathedral of Christ the Savior - can be found here. The current church is the second church to stand in the area. The first one began its construction in 1812 which took almost 44 years to build. Unfortunately, Stalin had the church demolished in 1917 due to religious prosecution. It wasn’t until 1990s when the church would finally be rebuilt, and the end result is the wonderful structure that we see in that area today.

Also known as “The Central Park of Culture and Leisure”, this park is the most famous in Russia. This place used to have decrepit amusement rides and abandoned buildings, until in 2011 when it underwent a massive transformation.

Since then, the park has been extremely well-maintained that it is considered to be one of the best parks in the world. Gardens of fauna, wide spaces of playgrounds for children, skating rinks, dancing and skating sections can all be found in this park.

Last, but far from the least, is the Red Square. The home of the President of Russia, the Red Square sits in the middle of Moscow and is linked to the major streets and major highways of the city.

This place should definitely be on the top of your list as many of the major tourist spots in all of Moscow are in this area. Spots such as the Kremlin, Mausoleum of Lenin, GUM Shopping Center, and of course, the world famous St. Basil’s Cathedral.

Those are just amongst the many things that can be found around Red Square, be sure to see it for yourself. Just a short walk from Red Square, you will also find some of the most popular night clubs in the city, where the Moscow nightlife is most active.

The places that are listed here are just a handful of a whole shoreline of tourist destinations. Moscow is such a massive city and it’s filled with so many scenic locations that are rich with cultural significance. These places are also very important for Moscow’s dating scene as these places are frequent date destinations and a favorite rendezvous point when meeting beautiful single Russian women.

What are you waiting for? Visit the city of Moscow today. The city is not only swarming with gorgeous people, but it is also filled with gorgeous destinations.