Why Russian Women Fall in Love with Foreign Men 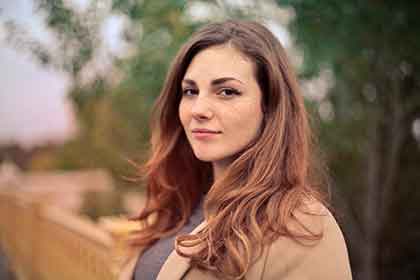 There are many reasons a Russian woman can fall in love. Photo by Andrea Piacquadio from Pexels

For a lot of men throughout the world, Russian women are kind of an ideal partner. So much so that many of them turn to dating sites in order to find one. There are a lot of good reasons as to why such men fall for a Russian woman.

There’s no doubt that falling for a foreign man is going to be difficult for such women. After all, they live in a whole different country and travel restrictions and limited internet availability in some places can make the act of being together a rather difficult feat.

But love is not always the most reasonable thing in the world. There are a wide variety of reasons for a Russian woman to try her hand at an international dating site in order to find a man. Here are some of those reasons:

One thing does need to be pointed out; that a considerable number of men who are trying to find a foreign bride are probably inexperienced when it comes to dating. Or maybe they are a little bit older than what would normally be considered an appropriate age range for a young woman.

In any case, many of the men on such dating sites for singles are probably having a harder time finding love than some of their younger peers. This means that they are more likely to be receptive to romantic overtures from a woman.

Because some of the men who are on these serious dating sites for marriage may be older, they are not in a position to play the field as much as younger men (who likely have more time to play the dating game).

The Russian people place a premium on marriage. There are parts of Russia where there is immense familial and societal pressure to be married at a relatively young age. A woman who is unmarried at 30 in the United States might be the norm, but a woman unmarried at 30 is basically a spinster in some places in Russia.

As such, many of these women are in no mood for a long engagement process. Their families and the communities in which they live are telling them to get married as soon as possible, and older foreign men are ready to walk down the aisle in a relatively short amount of time.

So in marriages where love is a secondary goal to the marriage itself, there is also the financial aspect.

Usually, older men have had more time to establish themselves in their chosen fields. Being established means being in a better financial position than their younger counterparts (who are still climbing their career ladders).

Marrying an older man potentially means moving from a cramped apartment to a nice house. They can go from a train to a nice car, or at least one that was made in the last five years. Part of the appeal of older foreign men is the lifestyle that they can bring with them and there’s no point in pretending that such relationships are not a reality for many couples.

That’s not entirely a bad thing, though. Sure, the relationship may be slightly transactional in nature, but both parties get what they want. And this doesn’t necessarily make the women gold diggers. They simply prefer the comfort of not having to struggle for their necessities and be content knowing they can rely on their partner financially as well as emotionally.

It should also be noted that foreign men may mean greater access to the country that the man comes from, which can be appealing to a lot of women who may not be all that satisfied with the place they grew up in. Part of the appeal of international dating may be the start of another life in another country.

Of course, relationships are not always the most rational of things. Some Russian women just have personal tastes that outsiders would consider to be somewhat of an anomaly for them. Like how some younger women like older men.

Sometimes, a woman likes an older man not because of the lifestyle and the money, but simply because they like older men. Or maybe they like men who may not be as in shape as someone who regularly goes to the gym.

There is no real formula to determine someone’s personal preference. To each her own and no one can figure out why.

A man may not fit a woman’s taste. But for some reason that is beyond explanation, they click and they fall for each other.

In chemistry, chemical reactions can be applied and then broken down. That’s not the case with love. In love, there is no telling which couples last or not. Sometimes the most seemingly compatible couple turn out not to have any feelings for each other, whereas two polar opposites have crazy chemistry.

Things can just happen and no one knows why that is. But love happens every day and no one can come up with a satisfactory explanation why. Sometimes, logic is not needed. It is enough to know that love just happens, even when international borders are in the way.

There are a multitude of other reasons that Russian women fall for foreign men. But the main reason is simply that sometimes there is no point figuring out why because love is not one of those things that is always reasonable.