Newest, beautiful, single women now added for week of Wednesday, 14 April, 2021 - Tuesday, 20 April, 2021
During this COVID-19 crisis, be assured we are still working daily to ensure your success!

Characteristics of Women in Moscow

If you are a foreign man interested in marrying a Russian woman, it is best to familiarize yourself with Russian traditions first. Russia's history created a great impact on its people, especially to their women. They possess qualities that stand out from the rest. If you travel to Moscow, you will witness most of these women.

Russian women are classy. They never lose elegance no matter what they do. They always look their best. Undeniably, they have a good fashion sense, and they carry themselves very well. They believe that being intelligent is not enough to capture the attention of men and that the way they look is the first thing that matters.

Moscow women do not cajole. They are naturally straightforward, which is an adorable trait. They will talk to you and spend time with you if they find you interesting. But if they feel a disconnect, they will not waste your time and tell you right away, which will save you the trouble.

Although Russian women are prejudiced to be intimidating and are tough nuts to crack, they are romantic. They dream of a man who will fight for her and will make her feel that she's worth marrying.

They start looking for love at a young age. It is one of the traditions in Russia to get married early. Once the woman reaches 21, she will already feel old; and when she reaches 25, she will feel hopeless. This is because of the standards of their society; when they are in their twenties and are still single, they will be deemed as unsuccessful. And for them, no one admires an unsuccessful woman.

It is not easy to fit in with the Russian dating culture if you are a foreign man. So it is important to keep a Russian woman interested in you, especially when you plan on marrying her.

Appreciate her more often. Although a Russian woman is strong and independent, she still seeks for romantic gestures from you every now and then. One way to show her your appreciation is to bring her tokens of adoration. It does not have to be costly; it could be a bunch of flowers (which is the most common gift), a box of chocolates, or a piece of jewelry. You can bring her these even without occasion, just because you thought of her.

Look presentable. It does not always have to be a suit. Well-fitted jeans and shirts are enough, especially when you are outdoors. Pick simple colors and designs, but being plain and monochrome will do the trick. Also, check your hygiene. Looking good is not enough; you have to smell good too. A man who can look his best is a man who can take care of himself.

Be decisive, but be open to suggestions. Russian women expect the men to call the shots, but they also expect them to be open to changes in case they prefer something else. Be assertive in letting her know where you want to go and what you want to do, but never be aggressive.

Russian women appreciate chivalry. Simple gestures like opening doors for her or helping her with her coat go a long way. She will also expect you to do the same to others, regardless of gender and age

The most important thing to do in the Russian dating scene is to make her feel appreciated and listened to. Get to know the real her. Engage her in a conversation. See her as an individual. Show her that you want her to be part of your life.

What Sets Them Apart from the Rest 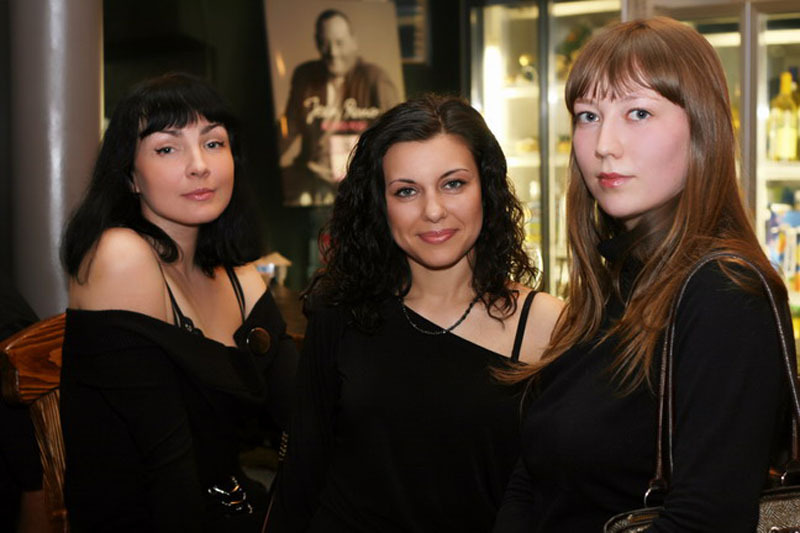 These women are looking for men like you! Sign up now for a chance to meet them!

There are numerous reasons Russian women are preferred by men all over the world. If you get to know them, you will agree on what most people would say: They stand out in every aspect.

A Russian woman values her appearance a lot. Wearing makeup is part of her everyday routine, and you will not see her outside her house without it. Also, elegant clothes paired with high-heeled shoes will be her daily look. When you are dating a Russian woman, expect her to be always classy.

She is not just beauty but also brains. Compared to others, Russian women are more knowledgeable. They have high respect in education, and they have a vivid imagination. There is no dull conversation with a Russian woman for sure.

The diversity in this century didn't affect the traditions of Russian women, especially in dating and relationships. They are tenacious in making men do the first move. They respect equality, and they also have no problem with gender roles. No matter how brave their souls are, Russian women are still conventional.

Russian women, just like every Russian, are family-oriented. In everything they do, they involve their families. They believe that decision-making should be under the guidance of their parents and relatives for them to succeed. They will also apply this tradition when they start a family. So when you get married to a Russian woman, your future is in good hands.

What are you waiting for? Start looking for Russian women for marriage now. Sign up now and let our matchmaking experts help you. Registration is free!

Newest, beautiful, single women now added for week of Wednesday, 14 April, 2021 - Tuesday, 20 April, 2021
You have to meet the women to marry them! We have group singles tours departing nearly every month!